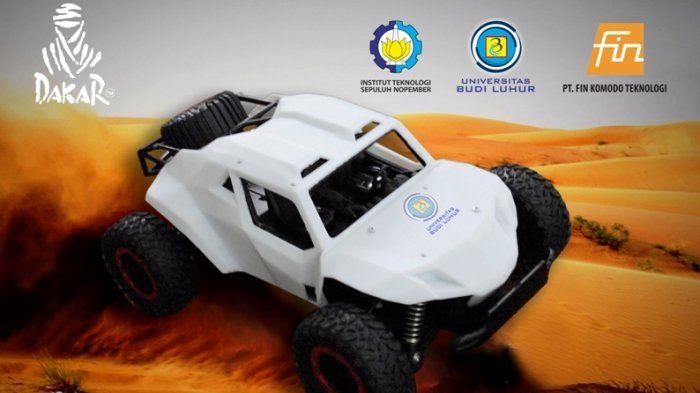 Moreover, this car uses a battery with a capacity of 75 kWh for the storage of electrical energy. This energy source is capable of supplying electrical needs for mileage up to 200 km for one-time battery charging. Muhammad Nur Yuniarto, Chairman of ITS Surabaya’s electric car development team, explained that currently his team has made a 1:16 mock-up of BLITS. “The design of electric motors has been completed and we are currently doing the manufacturing process such as body, chassis, and other components.If there is no problem, it will be ready to be announced by the end of the year,” said Nur Yuniarto when talking with Liputan6.com, through telephone on Tuesday (7/25/2017). “Later, the management process of the racing itself will be arranged by Budi Luhur team because we are entering this competition through Mr. Kasih Hanggoro, who has been following the Dakar Rally event. We are fully concentrate on RnD process,” concluded Nur.

Chairman of the Budi Luhur Cakti Foundation, Kasih Hanggoro, said that the Dakar Rally is an annual race held since 1979 by Amaury Sport Organization and currently open for amateur and professional racers. To date, there are only three Indonesian representatives who have participated in this prestigious championship. In 1990, Tinton Soeprapto joined the Dakar Rally with Mitsubishi Pajero. Next two years in a row, he himself done it again by driving McRae Rage Buggy (2010) and Mitsubishi Montero (2011). Therefore, the representatives of Indonesia will re-appear with a new atmosphere in 2018 with the development of electric car BLITS  along with Team Fin Komodo which also coming from our own nation in order to compete in this race. ” This electric car will encourage students and other lecturers in creating more eminent products,” he said.