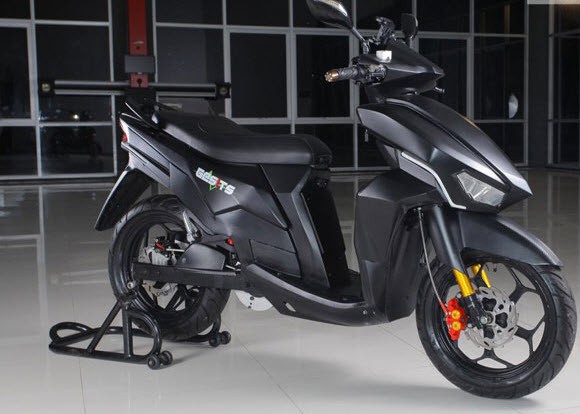 There is hope in the society that emphasizes our university to produce innovations that can provide direct benefits economically to the wider community rather than just teaching and doing research. Those kind of innovations can be obtained through research and development until finally formed some products that is ready to be released for public. It is widely known by the term: Higher Education as Agent of Economic Development. Currently, universities in Indonesia have proven to be able to carry out the meaning of that term through some downstream products, and electric motorcycle is one example of those products.

Motorcycle market in Indonesia is very large. In 2013 to 2015, the number of motorcycle sales in Indonesia reached 7.3 million units per year. That means every day there are 24,000 motorcycles bought by Indonesian citizen. In other words, there are 1,000 new motorcycles sold every hour and indeed it is extremely fantastic amount of numbers.

Technological innovation in the form of an electric motor named GESITS is an example of downstream products from research and development activities that have been done in Pusat Unggulan Iptek-Sistem dan Kontrol Otomotif (PUI-SKO). The GESITS name chosen for this electric motor stands for Garansindo Electric Scooter Institute of Technology Sepuluh Nopember. GESITS is the result of industry-university cooperation between Garansindo Inter Global and Sepuluh Nopember Institute of Technology, starting on June 10, 2015. In this kind of partnership, ITS and Garansindo are determined to produce national electric motorcycles in which its prototype has been launched in front of us all nowadays.

GESITS electric motor has a specification power unit in the form of 5 kW electric motor with vehicle speed up to 100 KM / hour in which it is equivalent to 110 cc common petrol-fueled motorcycle. In addition, GESITS also has a number of advantages, namely in the form of a smartphone-based display and rechargeable battery at anytime. The speedometer display and battery capacity will be connected to the smartphone via Bluetooth connection. Moreover, the rechargeable batteries can be used through plug and play system, just like refill a drinking gallons or LPG gas.

Beside GESITS, the research team and students at PUI-SKO ITS have been able to make some prototype of other electric vehicles ranging from urban, rural, to mass transportation purposes since 2012. Prototypes of future vehicles that is more efficient in term of energy or solar-powered are also successfully created, consequently accomplished some achievements in both Asia and International scene. Development and authorization of technology is also done on several important parts of the electric vehicle system ranging from driving units, controllers, displays, to charging stations in which all of them have been registered their copyright.

In many developed countries nowadays, electric vehicles have turned into a new technological trend. The popularity of those vehicles continue to increase due to their low emission (energy saver) and environmentally friendly than petrol-fueled vehicles. Therefore, the presence of innovation products such as GESITS itself is a technological breakthrough that can align the position of the Indonesian state with other countries in terms of mastery of electric vehicle technology. Moreover, GESITS can also be a trigger for the technological and automotive development in Indonesia to be faster (gesit as it is called in Java Language) than before in order to support the independence of  our nation especially in the field of energy and transportation. 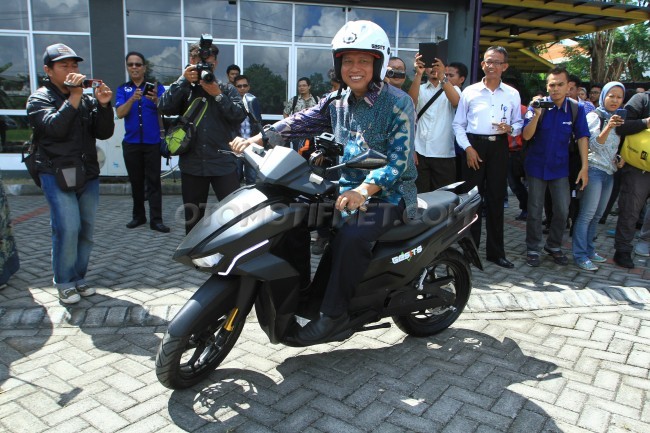